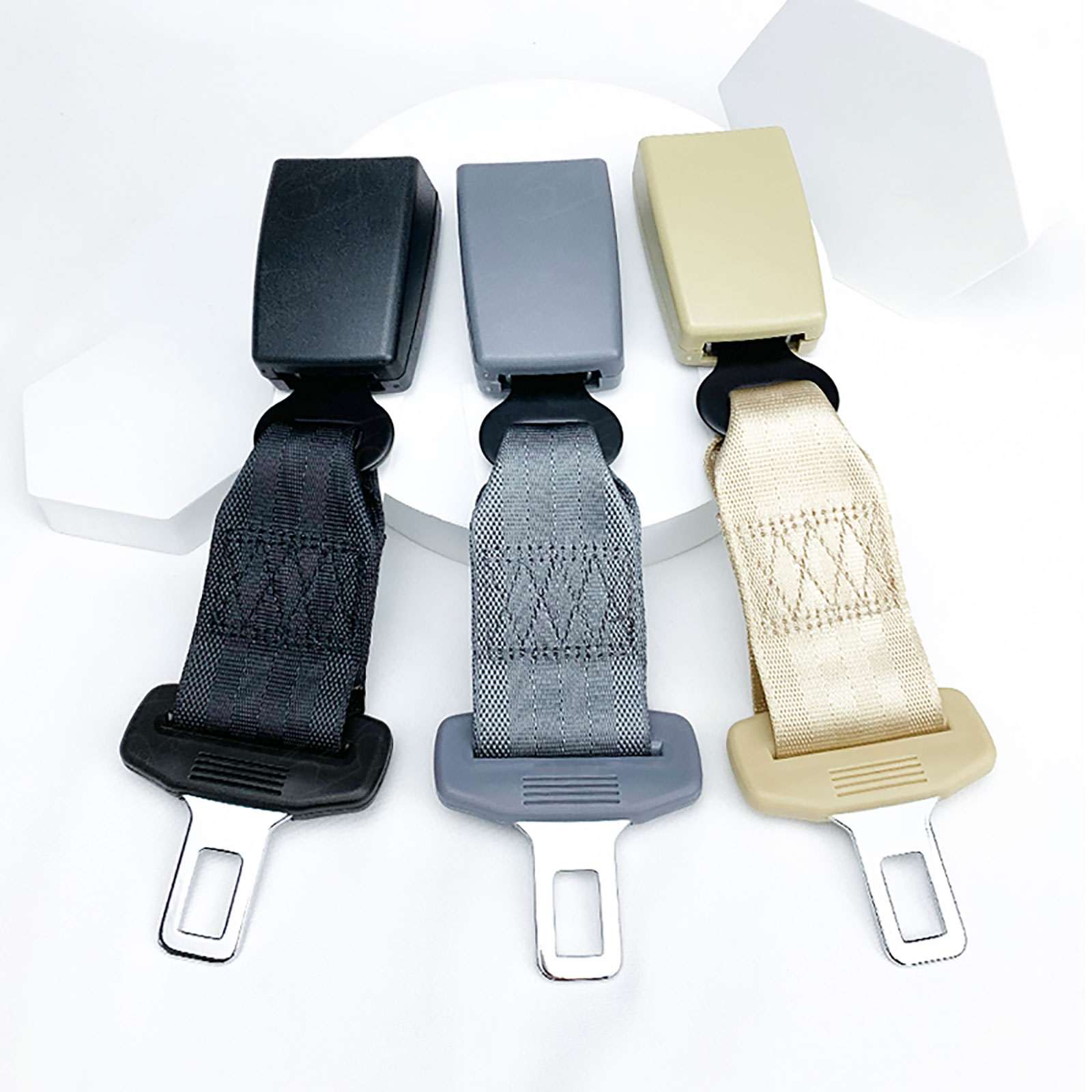 The law requires everyone to put on their seat belt when traveling, whether using private or public means. I had an issue with using seat belts and not because I did not obey the law but because the seat belts did not obey me. At some point, I hated using cars because of the hassle and terrible experience I had with seat belts.

I knew I could not avoid traveling as much as I thought. I then decided to avoid the problem but seek solutions to address the issue. That was when I learned about seat belt extension using seat belt extenders. This definitive guide will help explore some research-based facts about this deal-breaker.

What is a Seat Belt Extender?

A seat belt extender, as the name suggests, is an extra piece that goes between the male and the female ends of the seat belt to make it longer. They were designed initially for obese and large size people who would find the belt relatively short to allow them to buckle up. As they gain popularity in the market, they are being used to solve a range of problems such as:

All seat belt extenders for cars are not the same. The type of the extender would be determined by

It folds smoothly around the user’s body just like the existing one and is made of the same webbing material. It is suitable for plus-sized people who want to lengthen the existing one since it was too short for them.

It has less flexibility as they are made from a strong cable. It stands upright when fitted. A rigid seat belt buckle extender is suitable for people with arthritis, back injuries, and those who have had rotator cuff surgery as it reduces the amount of rotation. It is also ideal for the elderly.

It is made from the same webbing material as the regular seat belt extender. This is an excellent in-between suitable for transport service providers like emergency medical transportation or taxi as the driver does not expect a particular group of people. It provides extra length when required and also works well in short length. It can be adjusted according to the need.

Extenders can be both safe and unsafe. Some vehicle manufacturers do not produce seat belt buckle extenders, but it is unclear why they do not. Probably it is because they question the safety of the extenders, especially in the event of a crash.

Seat belt extenders can only be considered safe if the following conditions are met.

How Extenders May Be Unsafe?

You can only know about the safety of seat belt buckle extenders when you have a clue about their unsafety. As aforementioned, extenders may also be unsafe and very dangerous. They may lead to injuries, especially when not used as required. Most vehicle manufacturers like Nissan have an owner’s manual that guides users on the do’s and don’ts of their extenders.

The following instances are considered dangerous and unsafe to use an extender.

They May Fail in the Event of a Crush

An important fact to note is that extenders are not dangerous in a crush. They are only problematic if and when they are not properly buckled. It would be best to always match the extender with the buckle used in your car as they are not generic.

Clicking the seat belt into the extender does not also mean that it will stay in place in case of a sudden crush. The weight or force exerted on the buckle will determine whether it will remain in place or it will fail to leave you completely unbuckled. In the event of its failure in a crash, you are in grave danger, and so are other people in that vehicle as you will be flying on top of them.

However, you may reduce this risk of failure by getting the extender from a specific vehicle manufacturer.

Seat belt buckle extenders tend to make the female end of the seat buckle long and, in some cases, even longer. The longer it becomes, the further away from the buckle moves from the side of your hip (where it should be) towards the middle of your body.

The shoulder belt will also slide onto your arms as the buckle moves closer to the center of your body instead of resting on the collar where it should be. This poses a safety threat as the shoulder belt is meant to keep your head and chest tight to the seat in the event of a crash such that you don’t hit yourself on the complex parts of the car.

If the shoulder belt is not in place (say it has dropped to your arm), nothing is left to protect your head and chest by holding you back. This means in the event of a collision, you are likely to move and hit your head either on the door window or the back of the front seat.

Will I need Seat Belt Extender?

Up to this point, I am sure you can tell whether or not you need a seat belt extension. As seen earlier, it is only safe to use an extender when it is the only option you have. If the existing seat belt can fit your body, you do not need any extension.

What Type of Seat Belt Extender Do I Need?

As we have earlier seen, all extenders are not the same. You may be asking yourself this question; what type do I need? We conducted some research, and we have this answer for you.

If you have trouble determining the best type, you can start by doing the following.

For example, you have Ford; you cannot assume that all Ford vehicles use the same Ford extenders. The Ford Explorer may have a different seat buckle from Ford Taurus. However, you can save yourself the hassle of finding out what specific type that matches your car seat buckle by buying from the specific vehicle manufacturer. This will save you a bunch of trouble.

You can quickly tell what type of extender you require by considering why you need it. The three extenders have different characteristic features that make them suitable for various purposes. We have already discussed this earlier in the guide.

How to Choose a Safe Seat Belt Extender?

The safety of the extender envisages many things other than just the type chosen as aforementioned. It is about proper buckling, knowing when and when not to use it, and buying from a vehicle-specific manufacturer.

As seen earlier, extenders change the seat belt’s geometry on the body, which is very dangerous. A very long extender will lead to a poor belt fit. The shoulder belt and the buckle will move from their appropriate position, hence personal injuries in case of an accident. Your seat belt will stay in place or slightly change with a short extender. Short extenders are a good and safe option for those who require seat belt extensions.

Where can I Buy a Seat Belt Extender?

You should buy seat belt buckle extenders from vehicle manufacturers or their dealers. However, we know that this is not possible for everyone. Therefore, another option is to purchase belt extenders from an aftermarket supplier as NHTSA(National Highway Traffic Safety Administration) suggested.

Many online stores and websites sell extenders. First, you should learn about the store or website to verify its authenticity. You can get this information from customer reviews and the overall rating. The most important is, you should choose an experienced and professional vehicle aftermarket supplier who has the Economic Commission of Europe(ECE) and US Department of Transportation(DOT) certification.